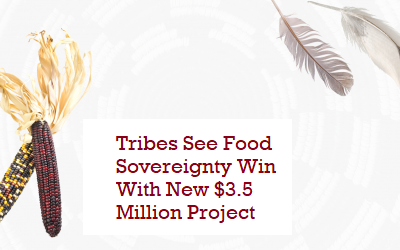 Eight tribal nations from Alaska to Mississippi will get more power, along with millions of dollars, to choose the federal food eaten by Native American households through a new Agriculture Department project.

The Food and Nutrition Service allocated $3.5 million to participating tribal nations in the first-of-its-kind initiative, which grants more autonomy to these communities in carrying out the Food Distribution Program on Indian Reservations, or FDPIR.

FDPIR buys Agriculture Department food and sends it to tribal nations and state agencies to give to eligible households living on either reservations or other approved areas. Indigenous participants often opt for FDPIR over the Supplemental Nutrition Assistance Program, formerly known as food stamps, because of a lack of access to SNAP offices and stores that accept those benefits, the agency reports.

The new Agriculture Department project marks a social justice win for Indigenous people. Participating tribal nations are poised to have expanded options for picking meats, produce, fish, and grains that go into their FDPIR food packages. They can also buy from commercial vendors instead of the U.S. government.

“USDA is fully committed to supporting the restoration of indigenous food, to empower indigenous agricultural economies and to improve indigenous health through traditional foods,” said Stacy Dean, deputy under secretary for food, nutrition, and consumer services. “We are embracing this opportunity to make long-term enhancements to FDPIR by learning more about the nutritional needs and preferences of tribal communities.”

The project, which began taking effect last month, is a result of the 2018 farm law (Public Law 115-334). Some contracts stand to last up to three years.

The move comes on the first day of Native American Heritage Month. Out of the U.S. population, 3.7 million identify as solely American Indian and Alaska Native, according to the Census Bureau. Another 5.9 million claim their Indigenous roots along with another racial group.

Food sovereignty is one way to promote the cultures and traditions of the nation’s first residents, advocates say.

La Via Campesina, an international peasant movement, is credited with creating the term, which it defines as a right to healthy and culturally appropriate food produced through ecologically sound and sustainable methods. It also encompasses the right for these communities to define their own food and agricultural systems.

For Native American tribes, culturally relevant food differs depending on the land they called home. After the U.S. government moved those communities to reservations, very few of the tribes’ descendants eat in ways their ancestors would recognize, according to a University of New England Applied Nutrition Program fact sheet.

Indigenous people are suffering the consequences. One out of four experience food insecurity, compared with one out of nine Americans, Feeding America reports. Additionally, about 25% of Native Americans rely on some form of federal food aid, said Sens. Mike Rounds (R-S.D.) and Tina Smith (D-Minn.), who serve on the Indian Affairs Committee.

“American Indians and Alaskan Natives need the opportunity to administer their own federal food programs,” said Lakota Vogel of Four Bands Community Fund, based on the Cheyenne River Sioux Reservation. “Our Tribes are proximate to the resources, cultural knowledge, families and are uniquely vested in the long-term health of Indian Country.”

To contact the reporter on this story: Megan U. Boyanton in Washington at mboyanton@bgov.com

To contact the editor responsible for this story: Fawn Johnson at fjohnson@bloombergindustry.com

Subscribe to our Newsletter for Latest Updates, Special Discounts, and much more. 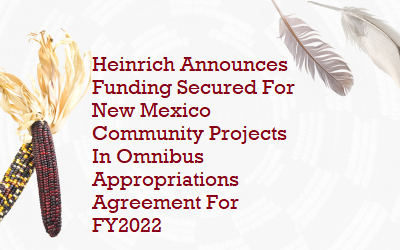 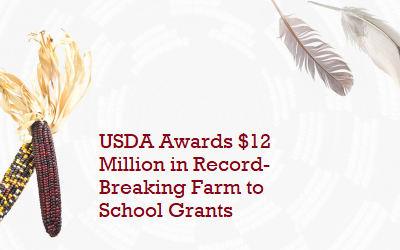