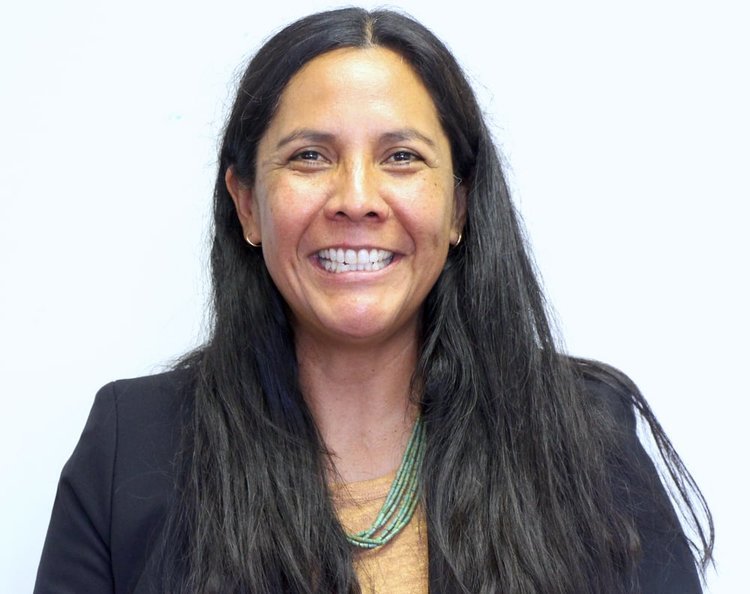 The One Gen Fund is led by Executive Director Kara Bobroff (Navajo/Lakota). Kara is an Indigenous leader who has dedicated her career to working for positive change and Indigenous students and families. She was the Founding Principal of the Albuquerque-based Native American Community Academy (NACA) and has more than 25 years of experience in Indigenous Education leading the effort to bring families at the forefront of community-led school design and by drawing upon the strengths of the community in which she serves to create a transformative mission and vision for NACA. In 2014, Kara founded the nation’s first network solely dedicated to Indigenous Education – NACA Inspired Schools Network who supports communities dedicated to creating schools of Excellence and Relevance in Indigenous Education. She was recognized by President Obama as one of 100 top social innovators in the nation, Kara is a Paraha Fellow, Broad Fellow, and Ashoka Fellow and served to establish the first office of Identity, Equity and Transformation as the New Mexico Public Education Department Deputy Secretary of Identity, Equity, and Transformation to build a statewide focus on Equity and CRL education prior to founding One Generation. She serves and works to support early-stage innovations that build sustainable solutions for Indigenous communities, Indigenous Education, and Indigenous Leaders who are poised to impact systems change in senior-level roles in the government, philanthropic and nonprofit sector. She has also been recognized with the Zia Award for University of New Mexico alumni for distinguished service in the field of education, as a “Woman of Influence” by Albuquerque Business First, as a recipient of the New Mexico Ethics in Business Award, and as a recipient of the Excellence in Educational Leadership Award sponsored by the University Council for Educational Administration. Her volunteer roles have included serving as an advisory board member for Harvard Urban Principal Center, New Mexico Now, Explora Children’s Museum, and Learning Alliance New Mexico, Education Reimagined, Currently, she serves as a board member for the New Mexico Dream Team and Emerita Member of the NACA Inspired Schools Network, Food Corps and Appleseed New Mexico, and an Equity Advisor to the NM Public Education’s Statewide Language and Culture Division. 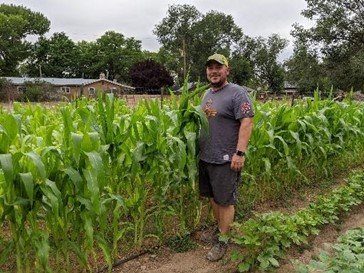 Alan spent his formative years and early career on his family’s dairy farm in western Maryland. He is deeply rooted in sustainable locally centered farming approaches.  He moved to New Mexico in 2001 to teach First grade on the Navajo Nation in Smith Lake. Alan entered into teacher coaching and non-profit management with Teach For America in New Mexico and Baltimore. He joined the NACA Inspired Schools Network in 2015 to lead the Fellowship implementation and manage technical assistance and school support. Alan served as the Director of the Charter Schools Division at the New Mexico Public Education Department. He is a proud member of the Dream Dine’ Charter School governing council and is the vice president of the Farm Service Agency’s Urban County Committee for Albuquerque. Alan holds a BA from Goucher College, an MAT from Western New Mexico University and an MBA from the University of New Mexico. 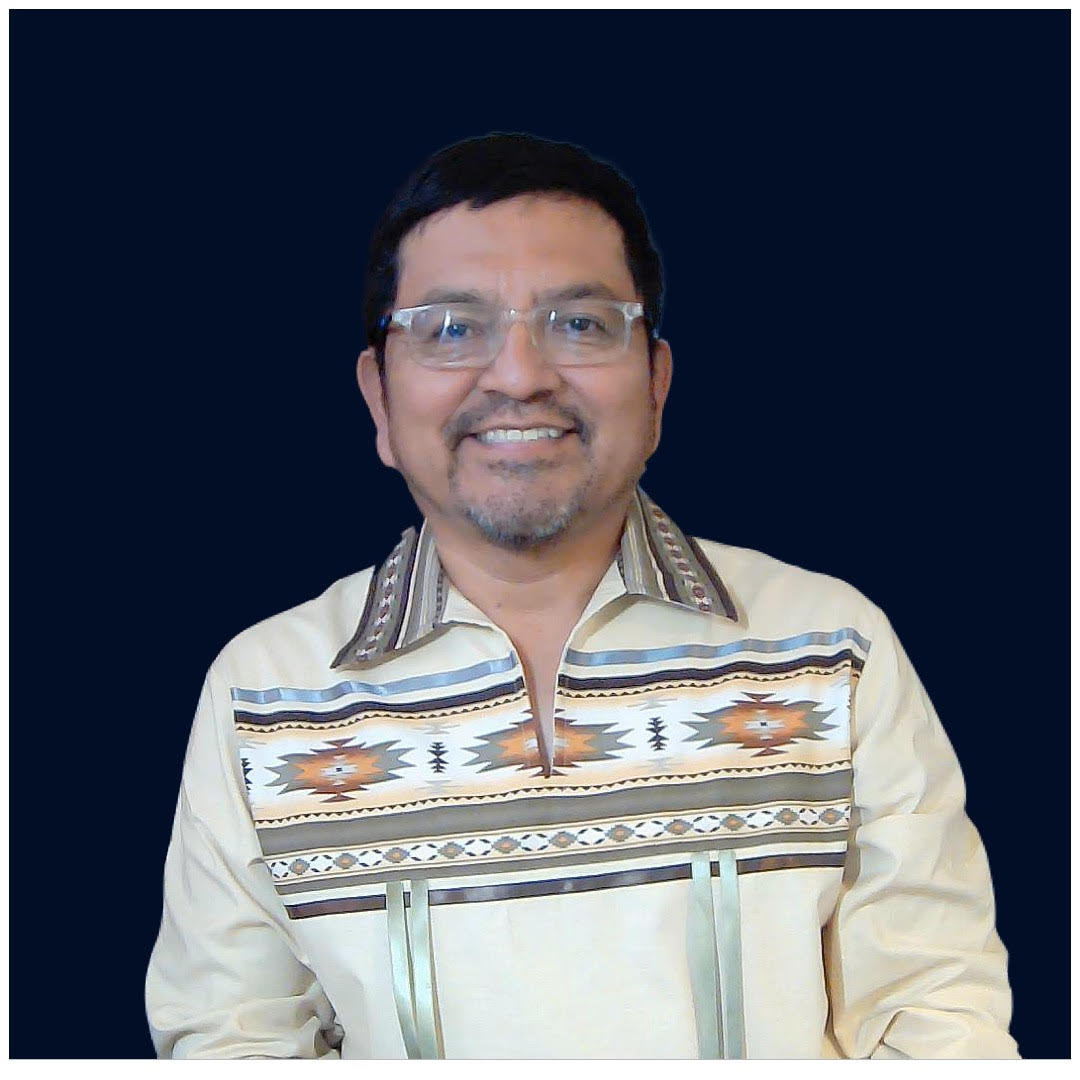 Clarence Hogue, Jr., a Navajo/Diné originally comes from Nenahnezad, Navajo Nation, in northwestern New Mexico, and currently resides and works in Albuquerque.  Clarence maintains a family farm in Nenahnezad and is proud of his upbringing rooted in Dine’ cultural values and traditional teachings and speaks the Diné language fluently.  Clarence received his Bachelor of Arts in Speech Communications from Brigham Young University.  He has extensive work experience in human services, Tribal community development and local governance, community building supported by mission-driven non-profit services, youth program development, health disparity and equity research, charter school governance as well as supporting educational programming in urban and rural public school systems with a strong focus on Native and Indigenous populations. He has worked with Tribal communities across New Mexico, Arizona, Nevada, and South and North Dakota to support youth programs that promote educational growth of Native American children that honor their heritage, cultural ways, and linguistic traditions. He has also consulted with various organizations such as schools, non-profit organizations, community grassroot groups to provide project coordination, program development and training services. Clarence acknowledges that his commitment to community service was nurtured and acquired through the teachings and wisdom of his elders throughout his life. 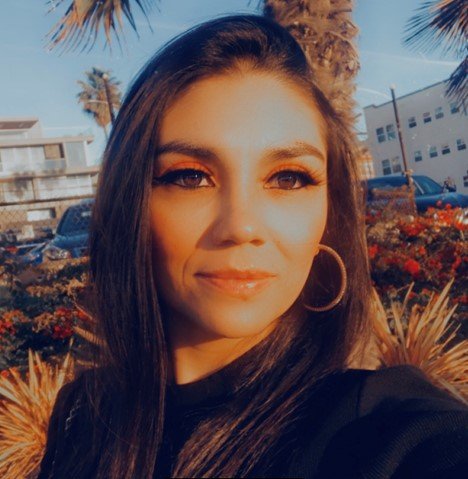 Catalina is the Executive Assistant for One Generation’s Indigenous Farm Hub. She was born and raised in Northern New Mexico and has six beautiful children. Cat provides a high-level of administrative and financial support to the Indigenous Farm Hub staff, ensuring all who are integrated within the organization achieve the vision and objectives on matters  pertaining to strengthening Indigenous agriculture initiatives. Catalina supports the IFH’s social media content design, website management, and also works fulltime as the Martinez Yazzie Response Team Equity Specialist at the New Mexico Public Education Department. 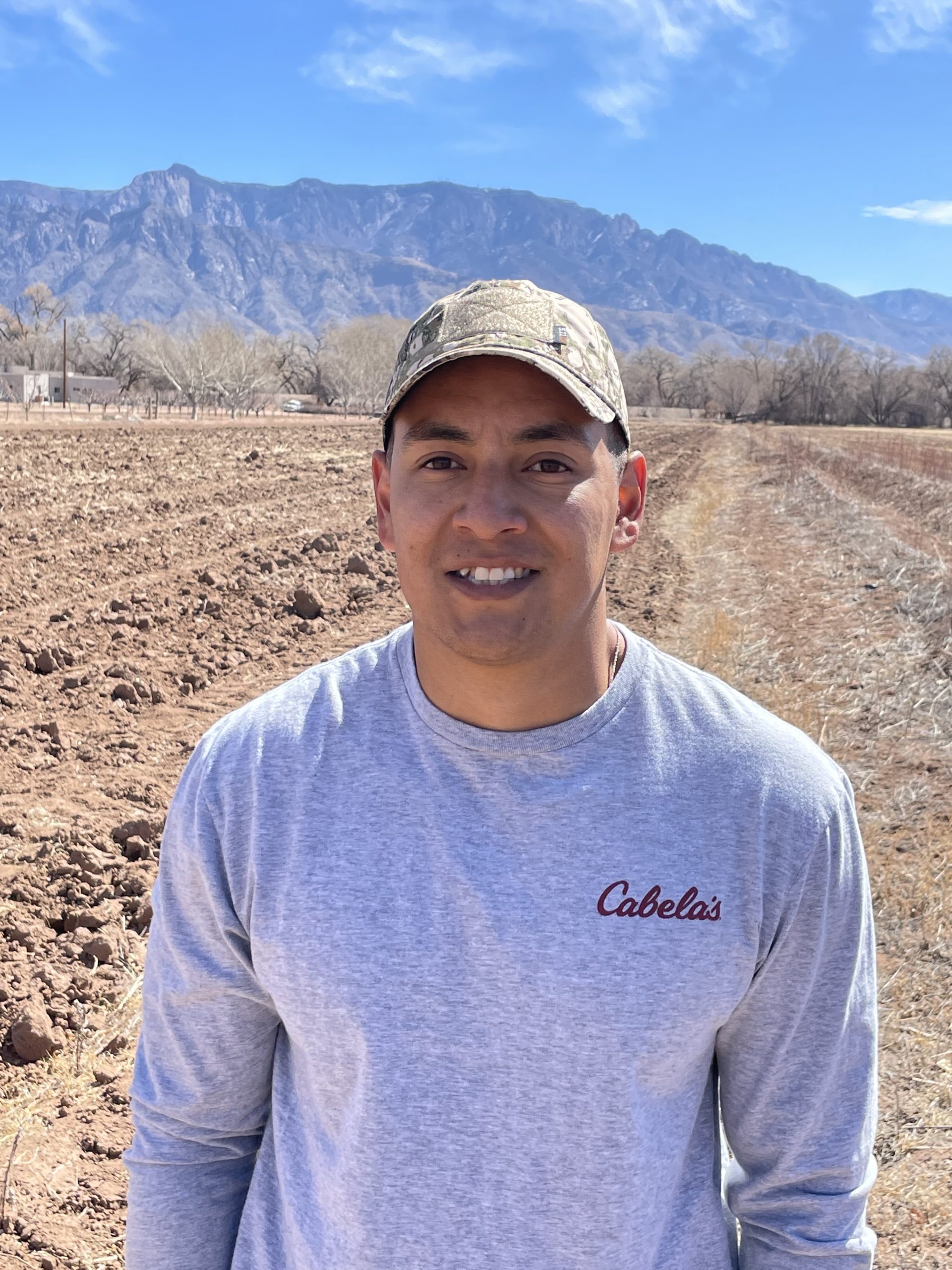 Merlin Toya-Lucero (Laguna) is the Indigenous Farm Hub Coordinator.  Merlin supports the farming operations of the farms including preparing the fields, planting crops, harvesting produce, and preparing fresh foods for our customers. He also works with the staff to plan and implement on-farm learning experiences for students, families, and visitors. A graduate of Native American Community Academy (NACA), Merlin deeply understands the important bond between farming and language and culture revitalization. Additionally, Merlin supports the Indigenous Farm Hub as an Advisory Board Member for the Beginning Farmers and Ranchers Development Program. When he is not working at the farm, Merlin is an assistant Keres language instructor at NACA.  He holds a strong passion for community and service and loves all the outdoor activities required to live off the land. 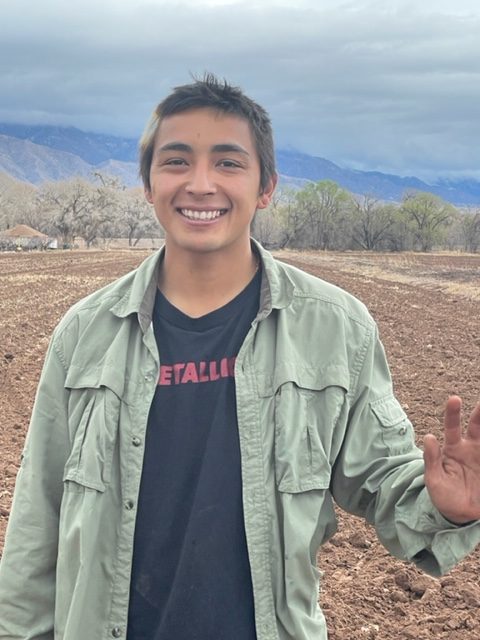 Daryn Ladabour (Zuni/Diné) is a beginning Service Member through FoodCorps currently serving at Native American Community Academy and Albuquerque Sign Language Academy.  Daryn leads on-farm and in-school learning experiences that center on farming, health, and nutrition. He is also an Advisory Board Member for the Indigenous Farm Hub’s Beginning Farmers and Ranchers Development Program. Community rooted advocacy drives Daryn’s passion for expression of Identity, with hopes of peer learning, transferring valuable knowledge of culture, and ameliorating indigenous food systems long-term. With intent to immerse in New Mexico’s farm culture and a little support from his family/community Daryn will be working with other members of the community, to care for our home in the best way we can by living as ambassadors for children and families. 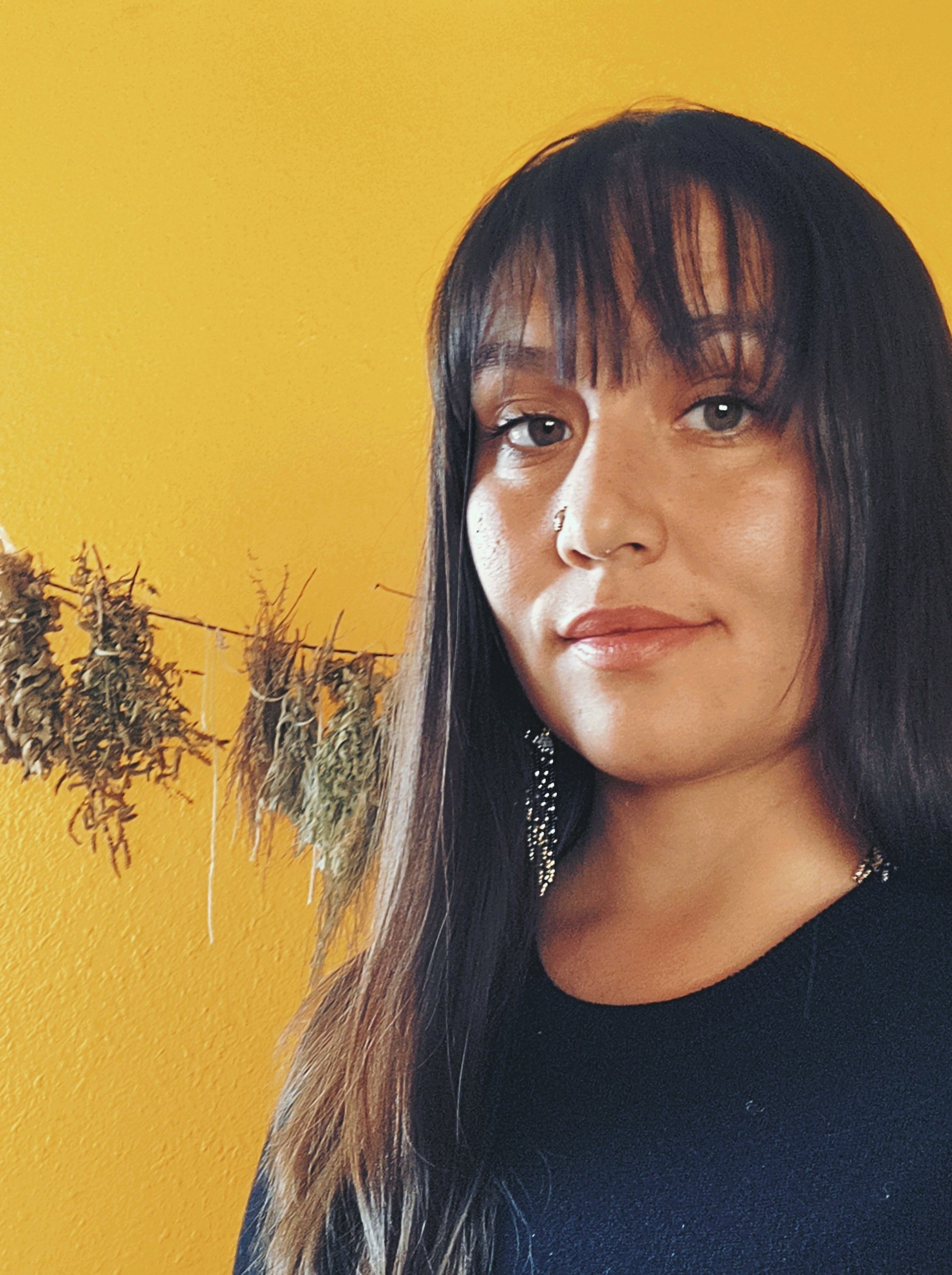 Rebecca Grashuis is the Indigenous Farm Hub, Farm to School Coordinator. She supports in-school and onsite learning with community collaboration, while building up land based and agricultural education alongside IFH partners. Born in Albuquerque, NM, Rebecca is a proud mother of 5, and an advocate for community empowerment and decolonization. She has developed a passion for food sovereignty, cultural revitalization, and the support of indigenous agriculture through many years of learning, as well as teaching, farming and traditional medicine practices in schools and through social justice work. She hopes to facilitate connection with the land, culture, and instill curiosity around agriculture in young minds, to inspire a new generation of farmers and land stewardship.